This Dog Figured Out That If He Plays Dead, He Can Seriously Freak Out His Brother 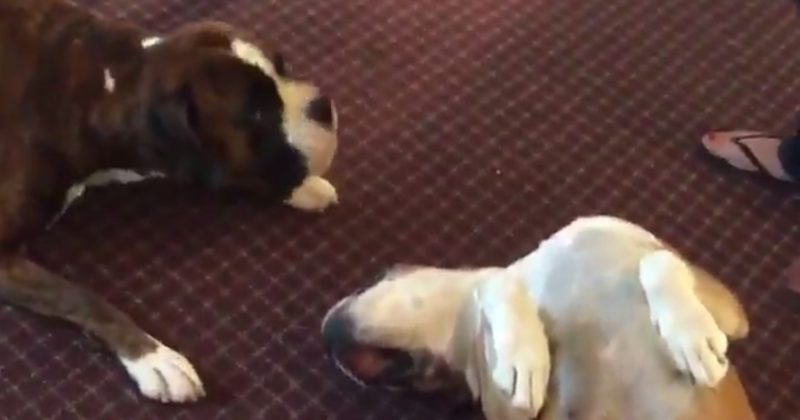 googletag.cmd.push(function() { googletag.display(‘VN_PG_DTBT_ATF’); }); None of my dogs have ever learned how to play dead…but I’m sure if they did, they would use it to their advantage all the time. “Oh my god, Fido looks ill. Should we give him a treat?” Yeah, that seems plausible. Jack, however, has learned that if he plays possum […]