Thank you for the milk….

These Adorable Animals Were Orphaned, But Found Family With Each Other. 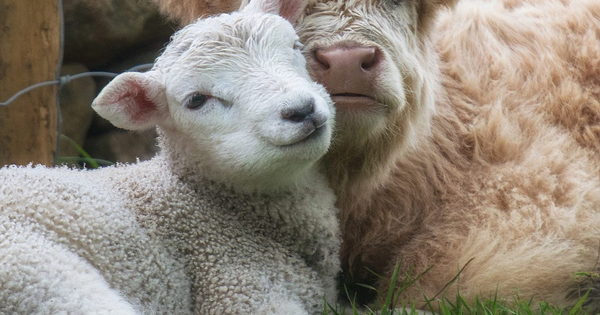 When they were both just a few days old, Larry the lamb and Buddy the calf were both orphaned after losing their mothers. Now, six months later, the two are have become each others’ family and hate being apart. The love they have for each other is adorable enough to make you literally squeal with delight. The […]

Cows May Be Adorable And Friendly Farm Animals, But They Aren’t The Smartest.

We often find ourselves in tricky predicaments, with no one to blame but our stupid selves. Sometimes alcohol is involved, but we’re still dummies. We may not know how we got into these messes, but we’re always thankful when we escape from them.  As dumb as we sometimes feel, at least we aren’t as dumb […]